Jávea in Spanish and Xábia in Valenciano, as these are the two official languages spoken in
the Community of Valencia.
The origin of the name comes from the Arab “Xàbiga”, which means “well” or “cistern”, due to
the large number of underground wells that could be found here.
Thanks to its incomparable location, Jávea is known as the Pearl of the Mediterranean.
It boasts the second best microclimate in the world, with an average annual temperature of 18
to 25 degrees, something that can be attributed to the presence of the Montgó Mountain, also
called “the sleeping elephant”, a 750-meter high monolith, declared National Park in 1987.
During the winter months, this mountain barrier protects the town from the cold, sweeping
down from the North and during the summer Javea is cooled by the Levantine sea winds.

Located in the northern coast of the province of Alicante, the Cape of San Antonio is the
farthest Eastern point of the Iberian Peninsula. The first rays of sun rise here, making it “the
dawn of Spain”.
Javea stretches 90 km from Ibiza, making it the closest point to the Balearic Islands, a
landmark that you can usually see when the weather is very clear.

To get to know more about Javea you can check the following website : 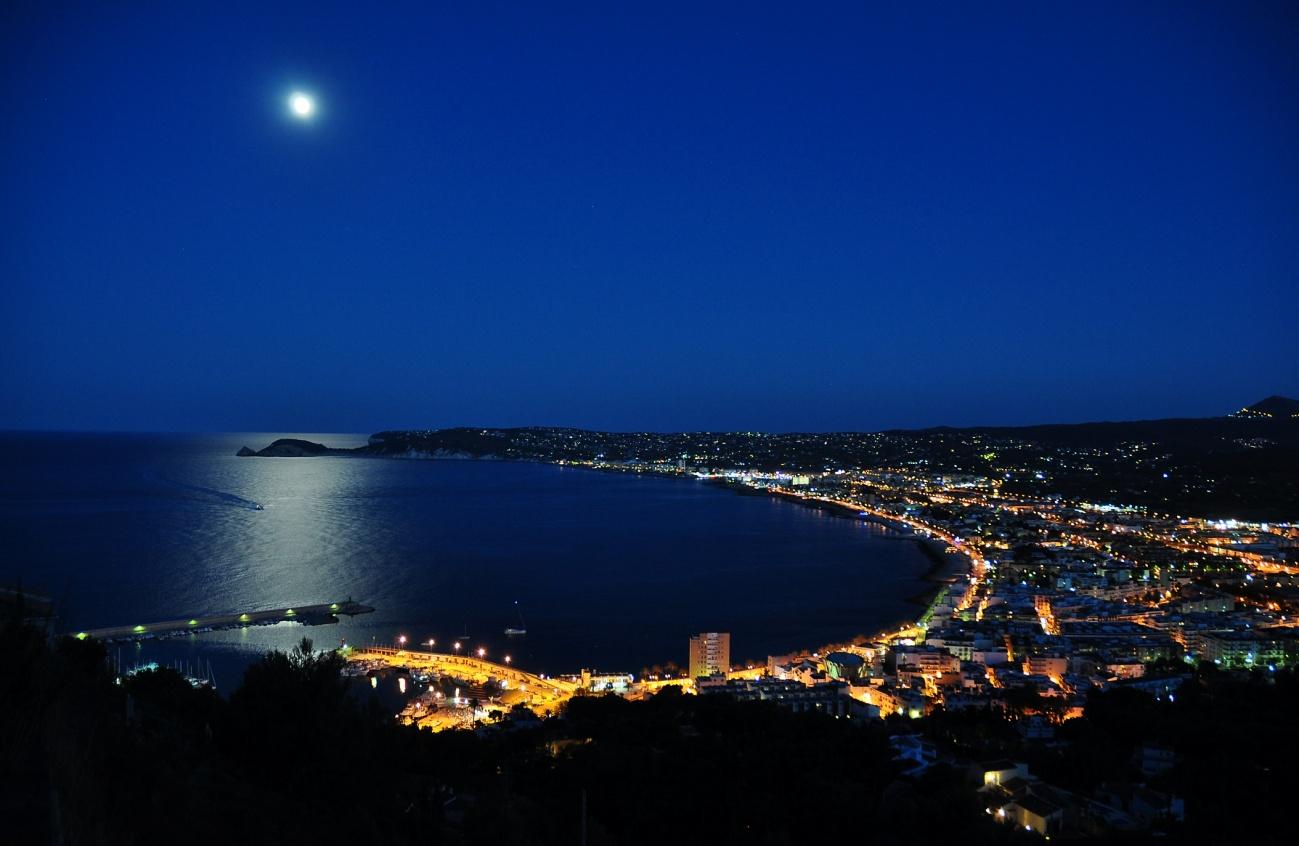 The marvellous microclimate of Jávea makes it one of the most privileged places to live in the
world.
It is an ideal destination to go on holiday at all times of the year and of course, a perfect place
to live.
Its Mediterranean climate makes the winters mild. The temperatures at this time of the year
hover between 12º to 20 º. The lowest temperature never falls below 3 and it rarely snows.
It rains occasionally but when it does it tends to be very intense and thankfully only for a short
period of time.
In autumn - September, October, November - when it rains, it pours! we sometimes
experience meteorological phenomenon known as “Gota Fria”, characterised by very heavy
rains which can end up overflowing the local rivers.
Summers are hot! the average temperature reaches 35 and the sea is warm till mid-October.
We are very aware and grateful of the  privilege to live in this Paradise called Jávea/ Xàbia.

According to the 2016 census of the IAE, there are more than 27.000 inhabitants in Jávea,
53% of which are foreigners, sharing 85 different nationalities.
Due to this multicultural diversity, Jávea provides services in several languages: mainly which
are in  English, German and French.
During summer months and Easter week, the population reaches up to 150 000 inhabitants,
mainly tourists from the north of Europe.
Although the foreign residents are mainly English followed by Germans and Dutch, a lot of
French-speaking people have arrived in Jávea these last couple of years.
For many years now, Javea has been a place where people from all of Europe have chosen
to retire.
Nonetheless, we are finding more and more young couples coming with their families,
attracted to this location by the multicultural diversity, safe environment and climate offered by
Jávea.

Jávea is made up of three different urban centres: the historic area or the old town, with pretty
streets, the Port or Aduanas del Mar, a typical Mediterranean fishing neighbourhood with the
fishing port and finally the Arenal beach, epicentre of tourism and nightlife. 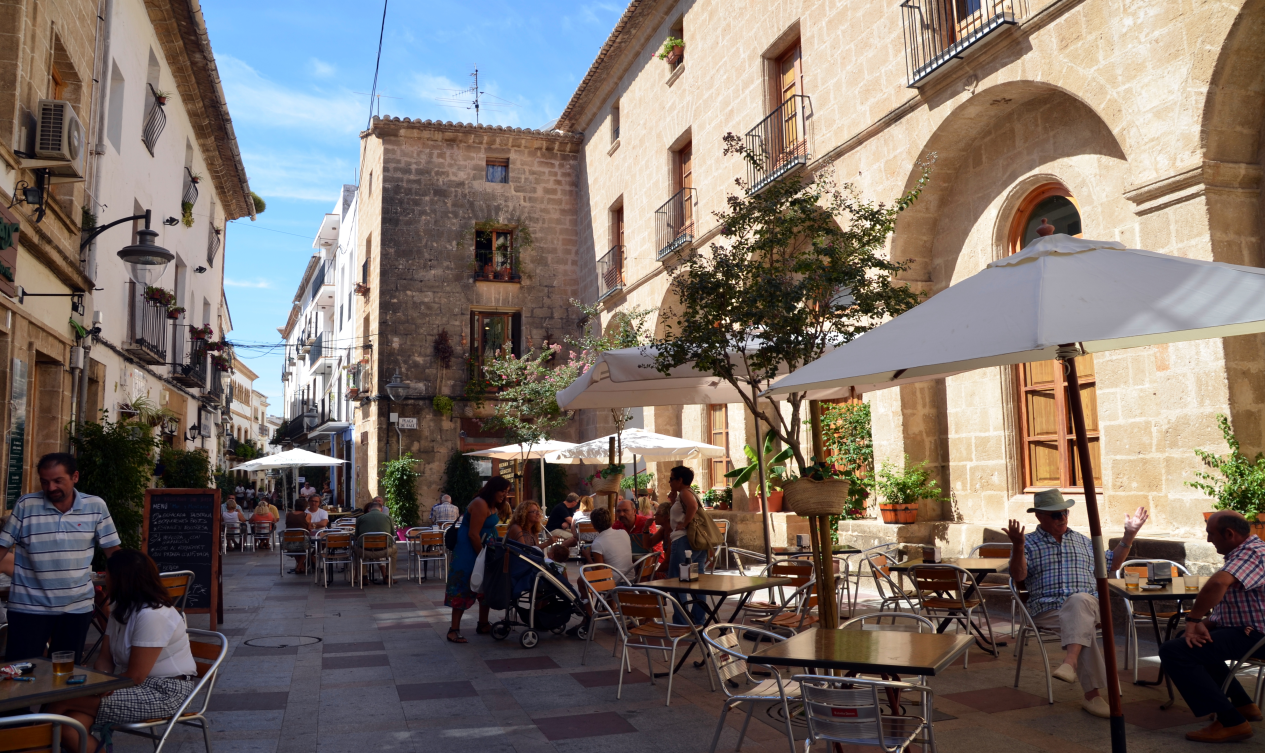 Over the last few years, the Historic Center of Jávea has been growing but nonetheless has
kept its charm.
Today, it is the administrative centre of the city. Walking through the streets, you can find all
kinds of shops, some of long-standing tradition ones, as well as tapas bars, restaurants and
other services.
The heart of the old town is the Plaza del Ayuntamiento, surrounded by the most emblematic
buildings of Jávea :

Iglesia de San Bartolomé, built during the XIVth and XVIth century in an Elizabethan Gothic
style.

Museo Arqueológico y Etnográfico Soler Blasco, an impressive 17th-century
palace with an interesting selection of paintings by the local painter J.B Segarra Llamas, and
a big collection of underwater archaeological pieces found on the coast of Jávea.

The Port or Aduanas del Mar 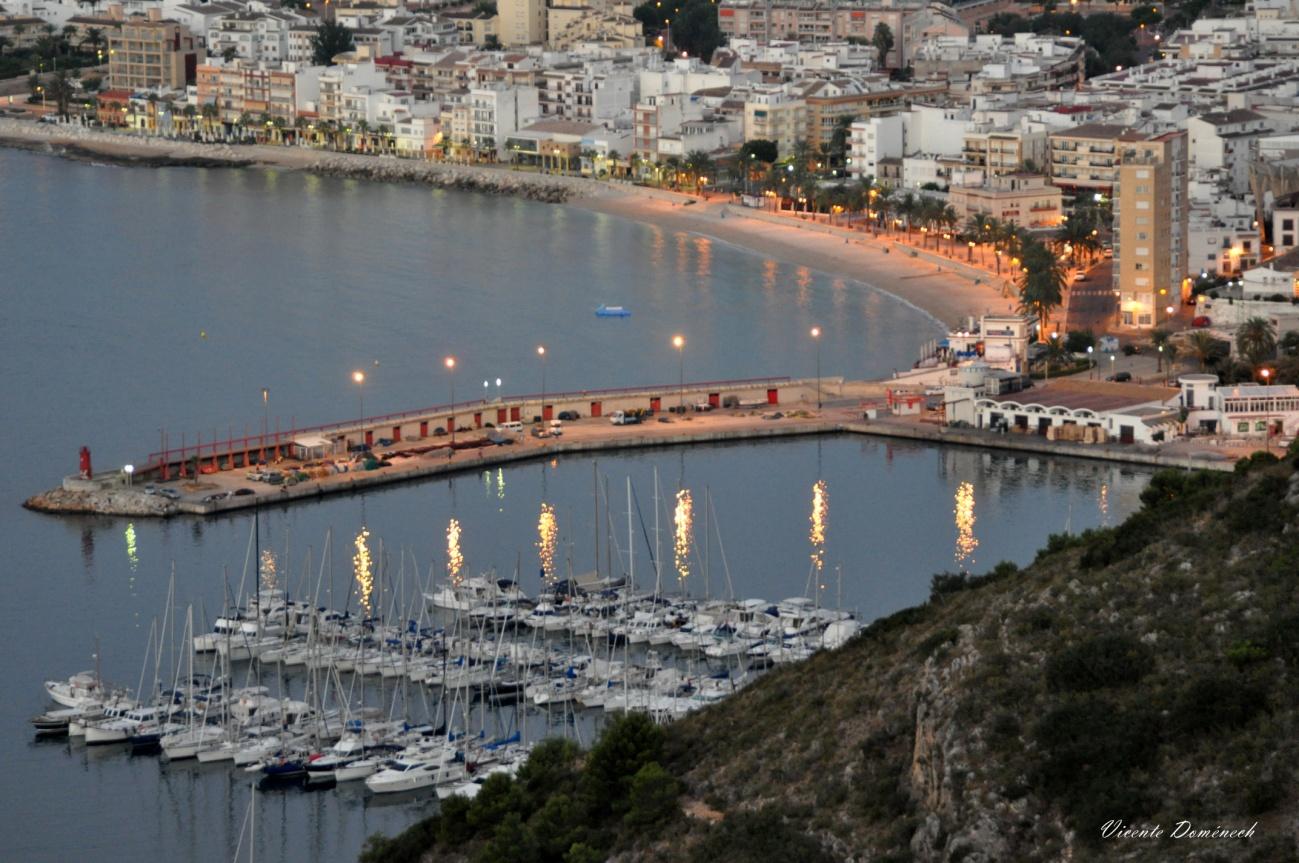 The port area of Jávea is a charming maritime neighbourhood with old fishermen’s houses
and narrow streets…
In front of The Grava Beach, a popular walkway leads you to and from a large variety of
restaurants, hotels, museum and shops.
Despite its growth, Aduanas del Mar has manged to keep its allure and can be said to be one
of the liveliest districts, popular throughout the year. Visitors are particularly attracted to the
area to witness the arrival of the fishing boats at the port, sailing boats to the yatch club, and
fish auctions at the market of La Lonja,
Two emblematic buildings draw ones attention to the charm in the area:

La Iglesia de Nuestra Señora de Loreto, inaugurated in 1967, it is an important example of avant-garde
religious architecture. Its form simulates the design, lines and structure of a ship.

The Casa del Cable, dates from 1860. Unfortunately, only the pillars of the original Naya are
standing but the building was restored as a museum showcasing art by local artists. 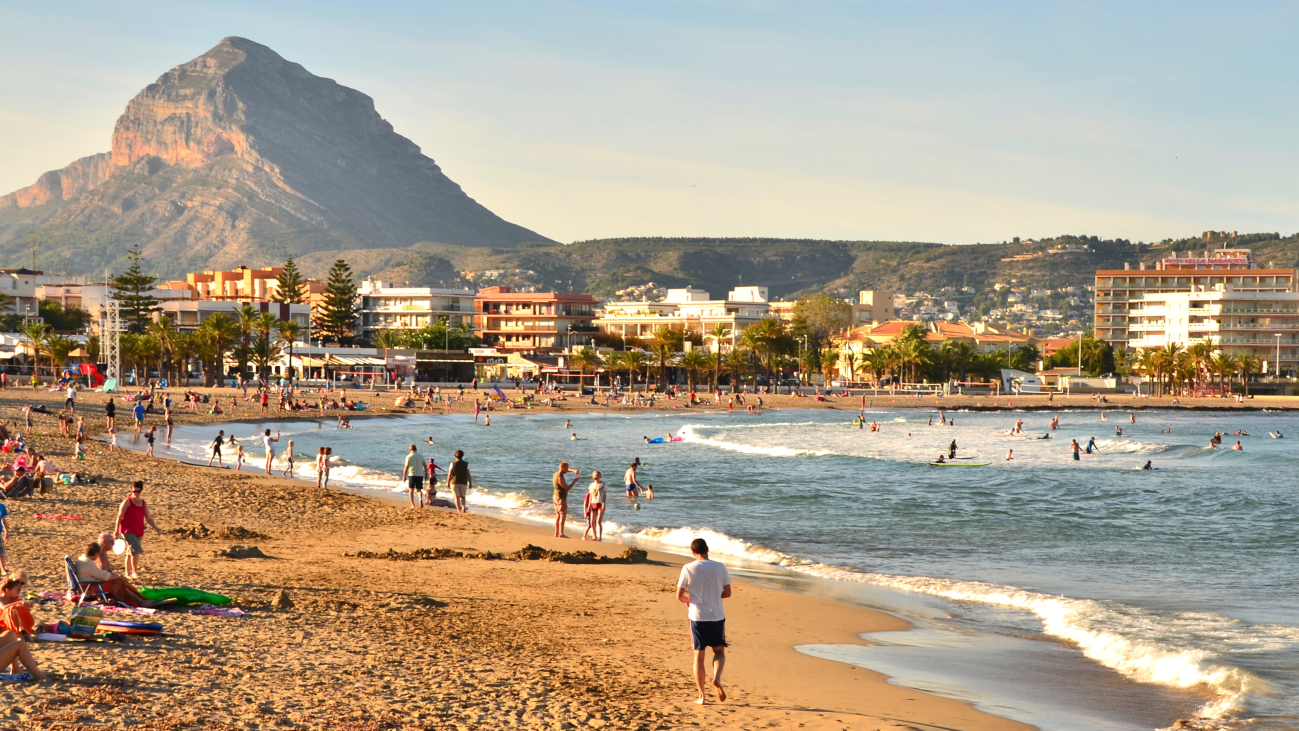 The Arenal Beach, located in the centre of Xàbia Bay, is the main tourist attraction and
without doubt, the beach most frequented by swimmers because of its fine sand and shallow
waters.
Along the beach, a circular walkway carries the name of Javea’s most famous world-
renowned athlete, the tennis player David Ferrer.
This area of Javea is the most cosmopolitan of Jávea and offers a fabulous choice of
restaurants.

There are six primary schooling centres between the Old Town, the Port and the
Arenal:

There are two Secondary schools, one in the Old Town and the other in the Port :

If you are a foreigner, you must have your universal European card in order to access
to public health care in Spain, Do not forget to ask for it in your country of origin if
you are European.

If you have a private medical coverage, here are some of the centers where you can
go to  with international insurance: